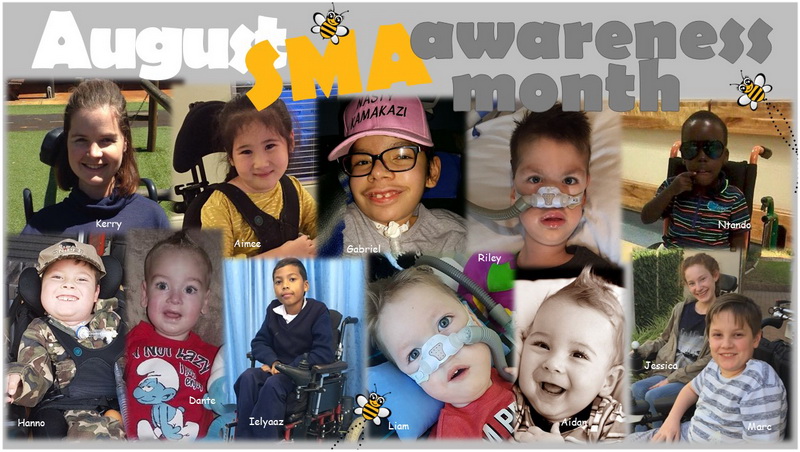 We are paying tribute to all SMA warriors around the world. To our heroes who have lost the battle with SMA and earned their angel wings we will always remember Riley Austin, Aidan Press and Dante Vorster. To our warriors living with SMA, for your courage, strength and zest for life in the face of daily challenges, we salute Hanno, Aimee, Gabriel, Ielyaaz, Ntando, Liam, Kerry, Jessica and Marc.

Join us on the 12th of August and light a candle at 8pm in remembrance of all those who earned their angel wings and to honour all young people battling with SMA. Share your photos with us.